The kitchen is currently the room that looks most like a building site (everywhere else looks like cardboard boxes have been breeding). With the new units due to be installed in a couple of weeks and my long bank holiday weekend spent tearing it apart I thought I’d show you what it looked like before I started smashing things!

The kitchen was probably the most modern space in the penthouse. I’d guess the units were installed some time in the late 80s judging by the dark blue tiles. There was a run of wall and floor units along the wall to the left of the door. 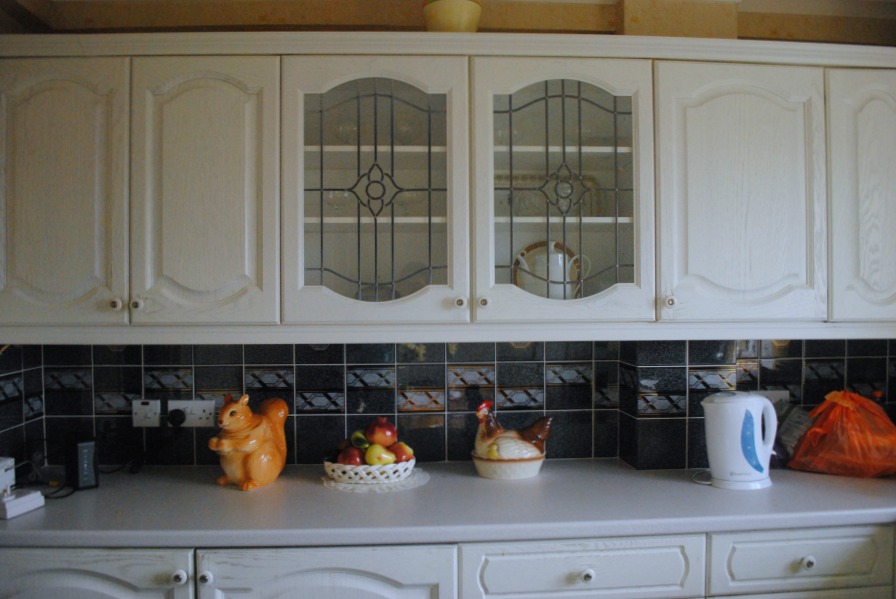 There was a built-in fridge and freezer plus a fairly new washing machine. The cabinets however, were a bit old and had definitely seen better days. The drawers didn’t slide in and out very well and the laminate was coming away from the units in some places. 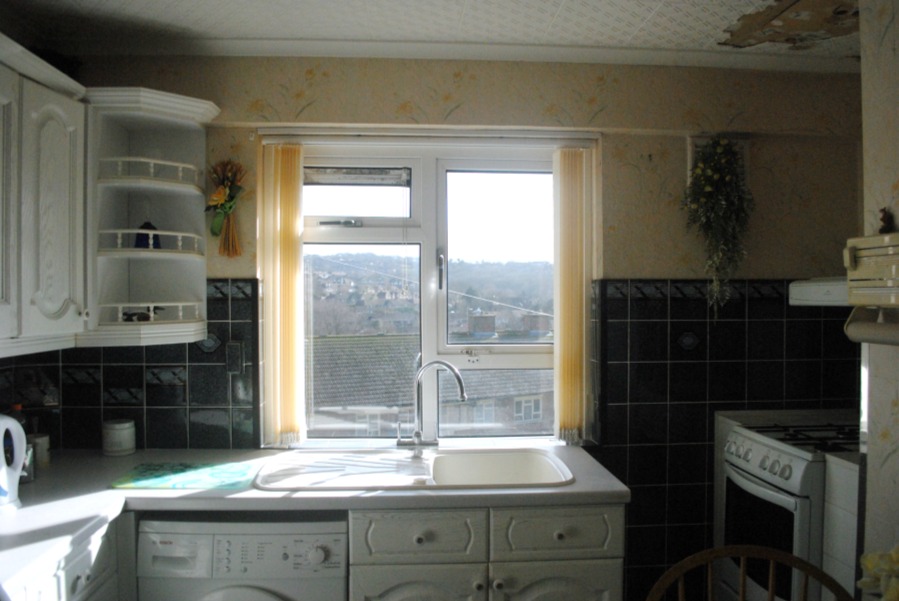 It all started with the new boiler. To tuck this away neatly in a corner so it wouldn’t be directly in your eye line I needed to put it above where the oven was. Which meant the oven had to come out. Which meant an oven and hob needed to go somewhere else (and the old layout was pretty weird anyway). Which meant I might as well gut it and start afresh. 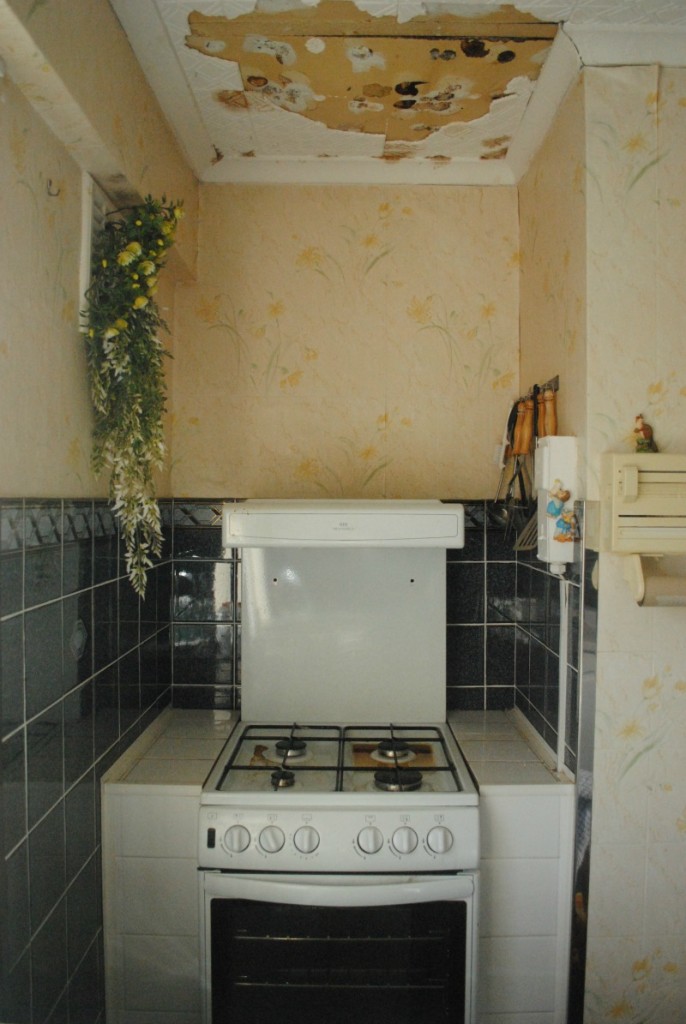 The oven was tucked away in a corner beside the sink units. It was on a little platform to raise it above the gas line and someone had built and tiled wooden frames on either side to fill the gaps. It was awkward to use and just a bit too weird for me so out it came!

Note also the fake greenery wedged into the air brick and the soggy patch of ceiling overhead where the roof appears to be leaking (sigh). 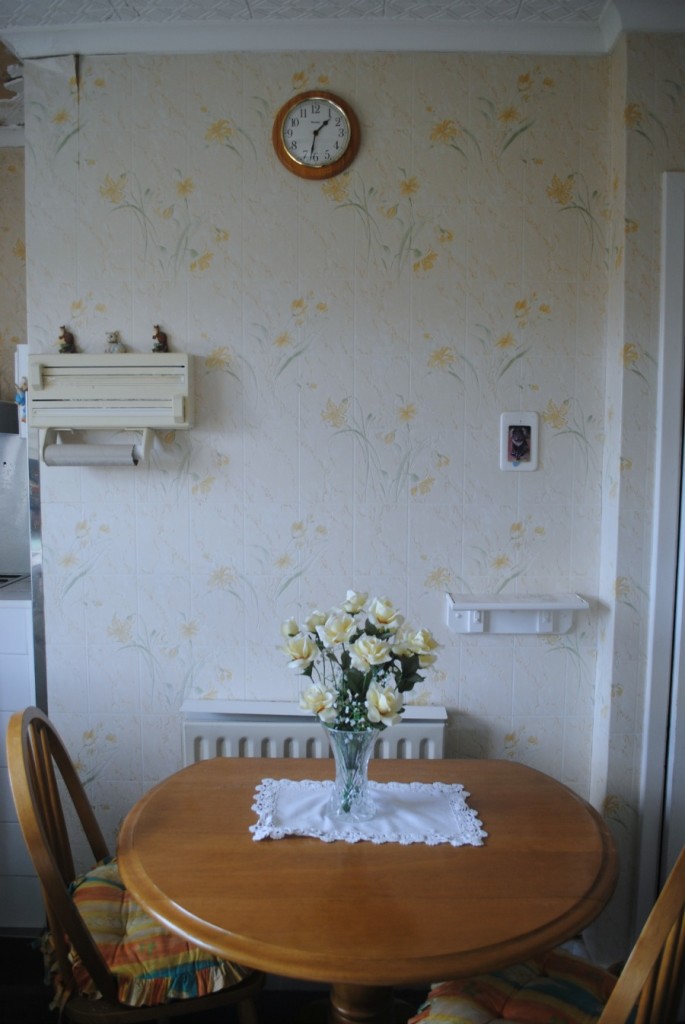 It was easily the biggest kitchen I’d seen while house-hunting with enough space for a table and chairs. 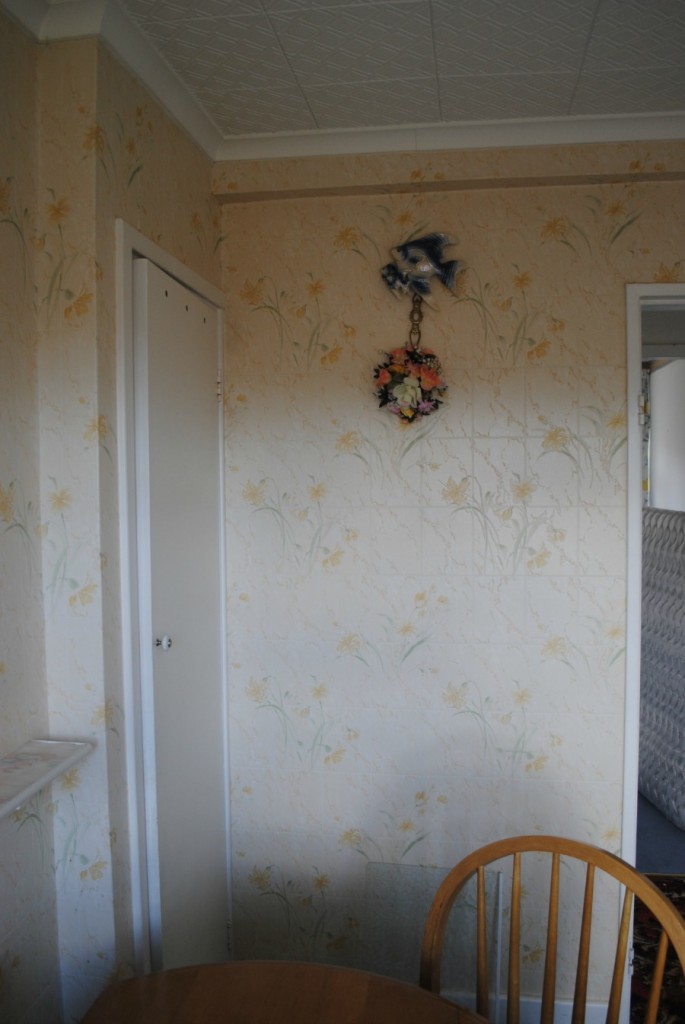 Back round by the door is a cupboard which housed the hot water tank. From here you can see through into the office where yes, there was a mattress propped up for a while, don’t judge me.

Did you spot these guys? The squirrel biscuit tin is one of my favourite bits…

The kitchen looks very different now since the units and wallpaper have come out/off. I’ll put together some photos so you can see what it looks like at the moment (like so much of the penthouse it’s definitely in the ‘worse before it gets better’ phase).

I’ve already blogged about my overall vision for the kitchen (what a pretentious sentence that is), early forays into the IKEA kitchen planner and my big kitchen to do list. I lose lots of blogger points for only just getting round to showing you what it looked like before all that but oh well.

I’m off to fill some more holes in the kitchen walls. I’ve been playing with expanding foam today!