Apologies for the lack of blog updates this week but I’ve been busy destroying the penthouse.

Not in a bad way obviously but definitely in a ‘worse before it gets better’ sort of way. So far the victims are the kitchen’s wall units, a couple of bits of wooden boxed in areas, the wallpaper from 1.5 rooms and my knuckles.

Last weekend my mum came down to Brighton and we started tearing the place apart.

First on our hit list was the wallpaper in the bedroom. I’d haphazardly cleaned and filled the walls ready to paint them white until we came up with a longer term plan but since the rewiring is going to smash up the walls I thought we might as well strip the walls completely.

We grabbed a wallpaper stripper from B & Q and got to work. 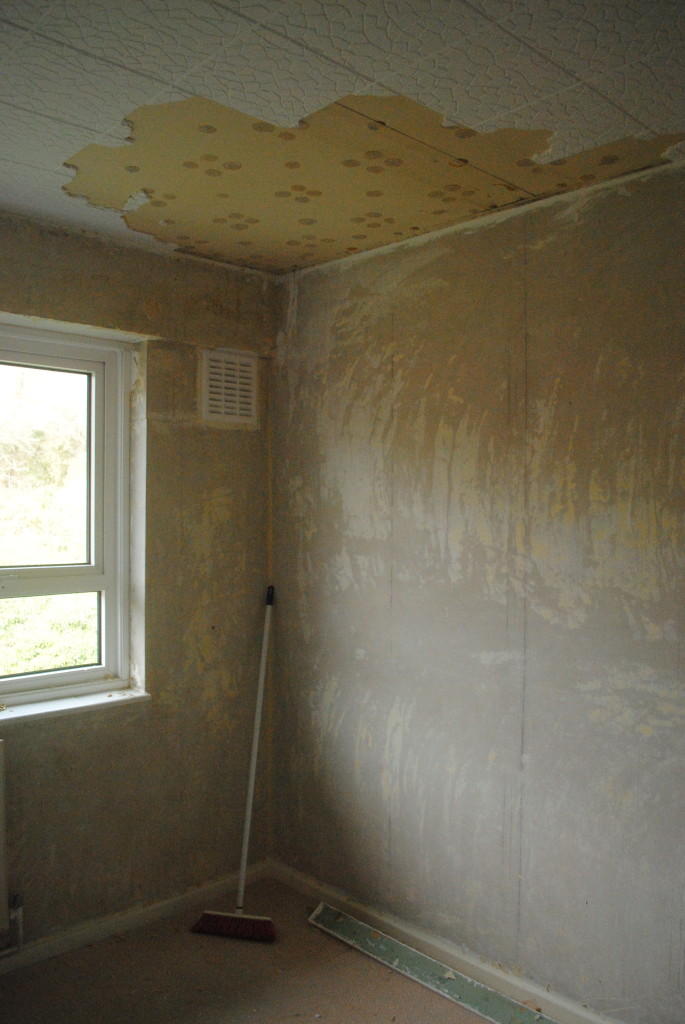 I’d worried that the walls would be in a poor condition as they are all covered in textured wallpaper. Luckily they seem to be ok so far with only the cracks I’d already spotted. I never thought I’d be proud of bricks and plaster but whenever someone says ‘your walls are great’ I feel very smug!

The wallpaper in the bedroom came off in fairly satisfying chunks and the backing paper came off super easily with the streamer. The most complicated bit was removing all the screws from the walls and wrestling the curtain track off the wall.

There is a weird ghostly slight imprint on the wall of the the paper that was there before – very industrial chic! 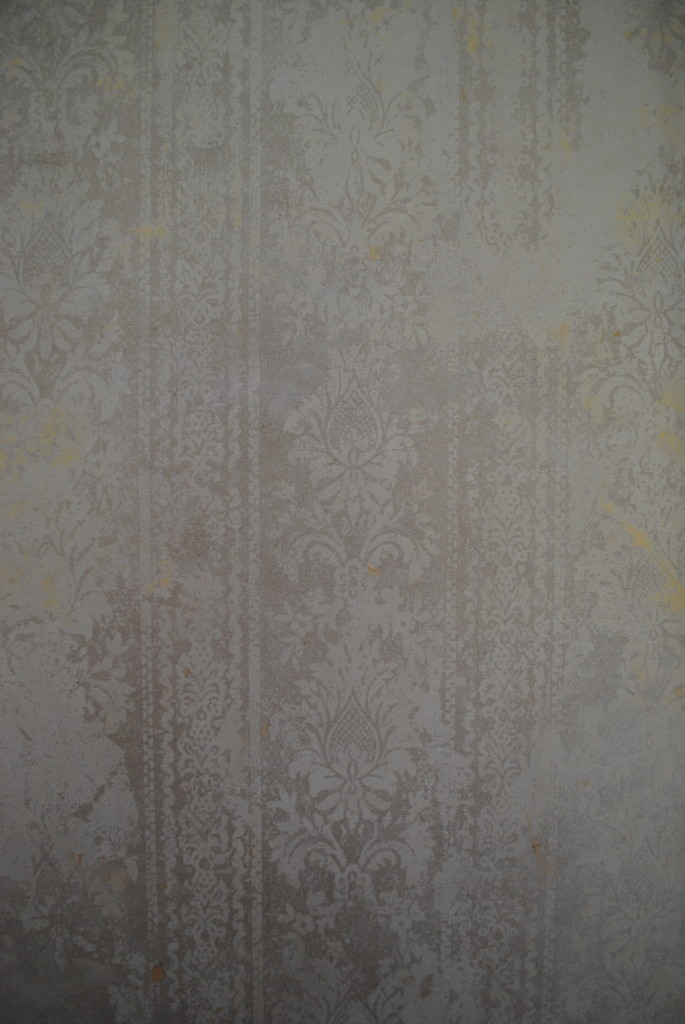 Sorry that this post is mostly pictures of slightly grubby bare walls but coming up on the blog this week – more wallpaper stripping, ebaying, charity shop collections, extracting the oven, my first DIY injury (scratching myself as I tried to open my sandwich wrapper with a wallpaper scraper), smashing tiles, ripping out the kitchen units (powered by rage and Beyoncé), the electricians starting work, the electricians making a frustrating discovery, work starting on the heating and lots of me complaining about how much I ache.