We moved four days ago. Everything is in boxes, often somewhat abstractly labelled, so I don’t know where anything is. I’ve moved each pile of boxes at least a billion times (approximately). This will not be a post about that though, this is a post about how much I love my new light switches.

When I was in my teens I repainted my bedroom and, as part of my first ‘design’ project, I replaced the light switch.

I don’t know why I decided to change that particular detail but I did and helped my dad wire it in. Now, fifteen years later, I have the same light switches in the penthouse.

I’ve been uncharacteristically indecisive about most aspects of the penthouse but I knew I definitely wanted these switches. They’re not particularly special: they just turn the lights on and off. 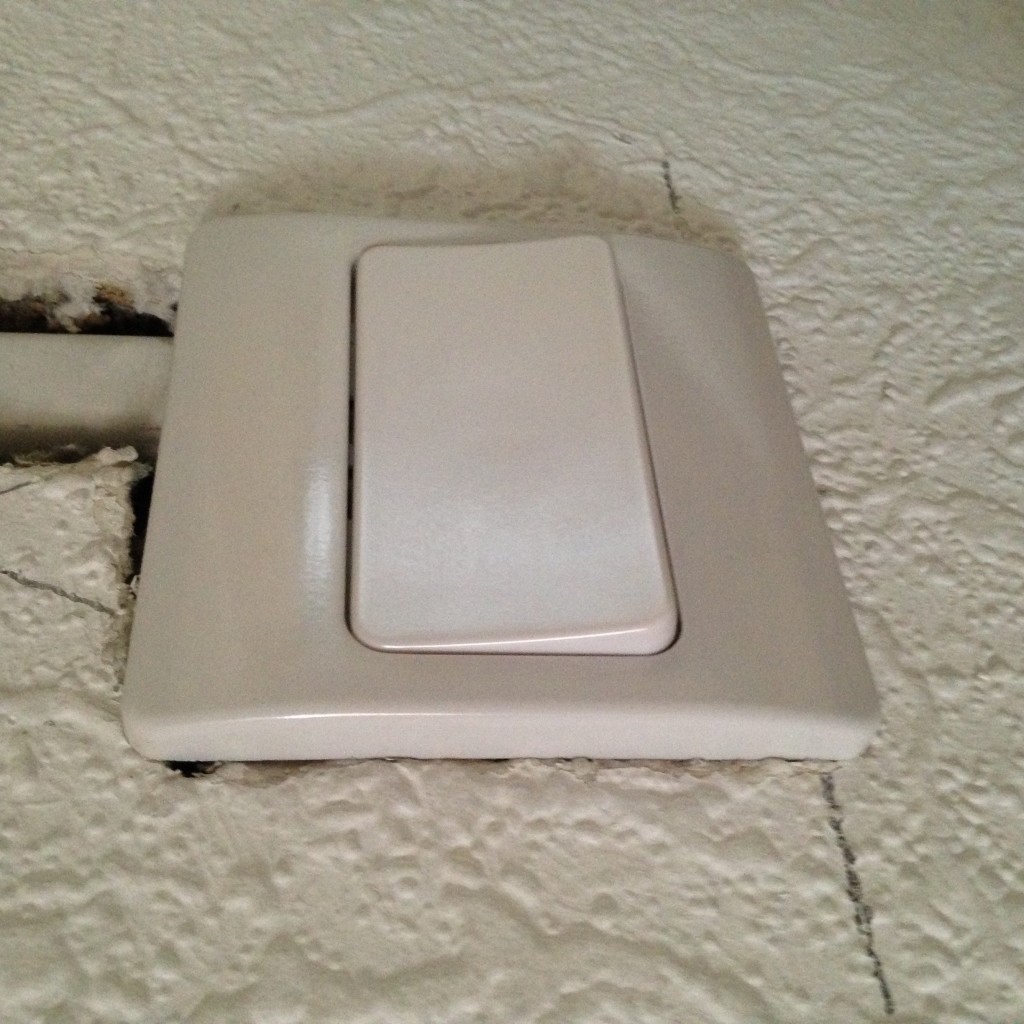 (Note the exposed cables and glimpse into my walls. These are a key design feature in the penthouse at the moment *sigh*)

I think I like these switches because they’re a little bit different without being all OH WOW LOOK AT MY LIGHT SWITCHES. They are also easy to operate with an elbow (or foot if you’re particularly agile!) if your hands are full.

In the penthouse they also act as a little tribute to the light switches that were here when I moved in which were slightly bigger.

Anyway, that’s a few hundred words on light switches for you. I’m off to move more boxes round…